In this digital day and age, trust Jackky Bhagnani to find unique ways to showcase the poster of his new song Aa Jana on social media. Giving viewers a double dhamaka, the duo – Jackky and singer Darshan Raval decided to have a different launch – they took to Instagram and personally interacted with all the fans. This is the second time, the
Kamariya duo has come together to make some good music. Just as they revealed the poster, they also reminisced the first time they met on the sets of Kamariya and connected instantly like long lost brothers. Fans of both the performers were ecstatic and eager to ask questions and partake in the excitement.

Aa Jana has been sung by Darshan Raval and Prakriti Kakkar, composed by DJ Chetas and Lijo George and produced by Jjust Music. The song has an upbeat tune that will have you tapping your feet almost incessantly, Aa Jana is definitely a chartbuster.

Jjust Music has established itself as one of the most bankable music labels with popular songs like ‘Prada’ with Alia Bhatt and ‘Takda Rawan’ with Vishal Mishra, which received much acclaim. Their Navratri release ‘Choodiyan’ had international dance sensation Dytto perform alongside Jackky, which got listeners tapping to its beats. The romantic tune ‘Dim Dim Light’, engrossed listeners as Sooraj Pancholi and Larissa Bonesi grooved together. Their most recent release ‘Baahon Mein’ featuring The Doorbeen Boys is a peppy number set to energise 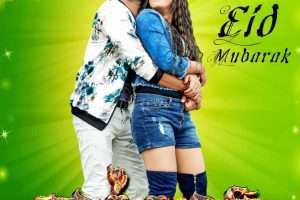 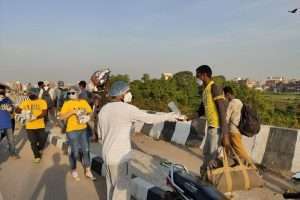